What is Java used for in the Pro version?

What is Java used for on the Pro version? Since upgrading, I’m have some serious occasional performance problems on the server (4GB RAM, 4vCPU). The server became unresponsive about an hour ago and the Hyper-V virtual machine wouldn’t shut down - had to reset the VM which I hate doing.

When I brought the server backup, Hyper-V reported that there was massive disk writes going to the operating system drive. Lasted around 30 minutes during which time the server was very unresponsive - even the SSH console was press-a-key, wait-a-second.

I’m not a Linux guru at all so diagnosing performance problems isn’t as easy as I would on a Windows server. I’ve installed atop and am I right in saying that two Java processes here are consuming ~25% each? 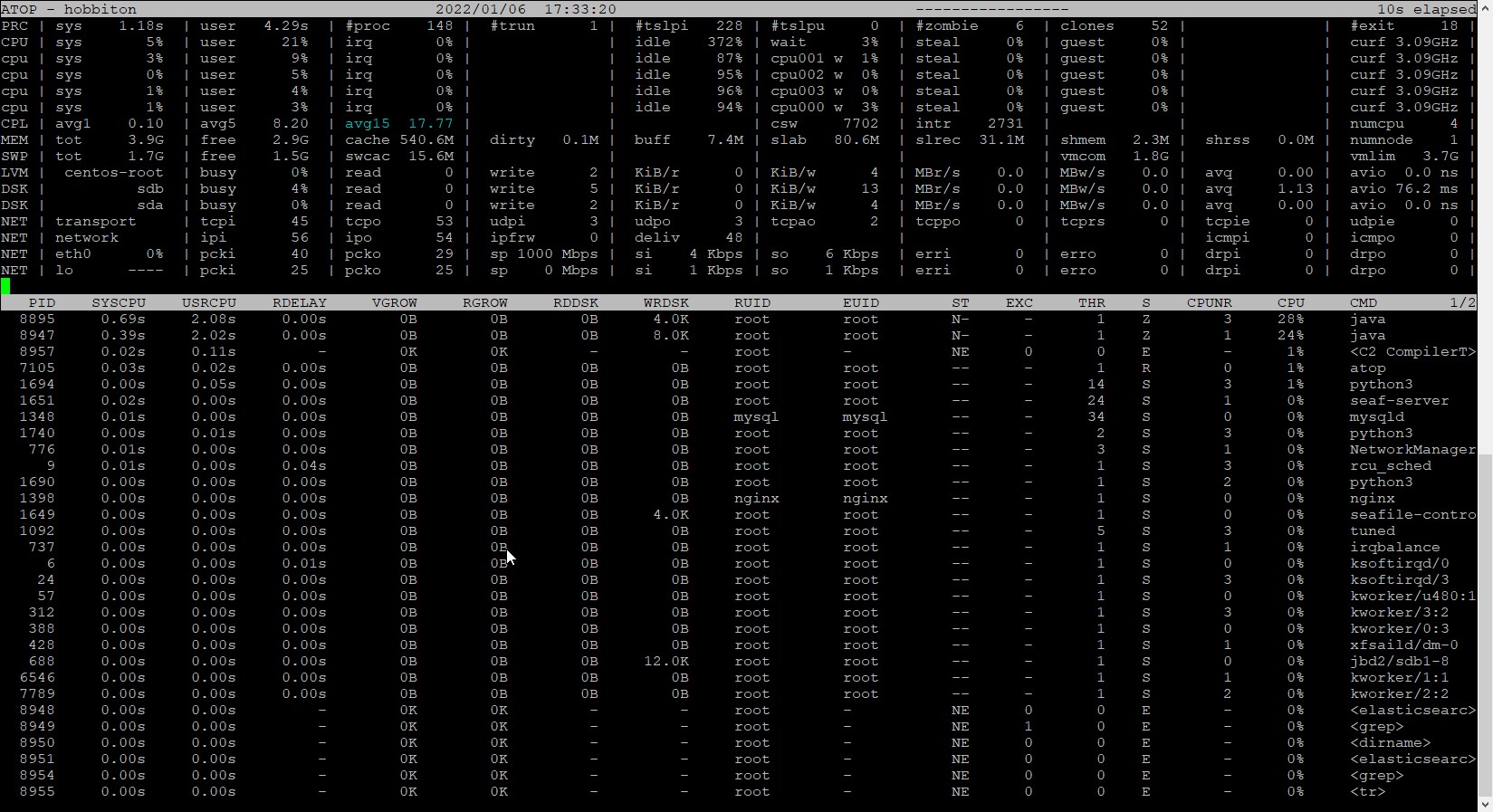 I’ve just stopped and started seafile and seahub and those two processes have disappeared.

AFAIK, Java in Pro is only used for Elasticsearch. So if you’re not interested in it you may disable ES and no Java processes should start. But you’re loosing (full text) search capabilities.

How do you disable Elastisearch? It’s crashed my server again and I can’t even logon at the moment:

Not sure what version you are using. In Seafile Pro 9.x Elasticsearch is no longer included and would be installed separately (and therefore disabled based on how you deployed it).

For Seafile Pro 8.x and lower it is included and needs to be disabled in seafevents.conf as written in the manual.

Still on v8 - was just waiting on v9 to be out there a little longer. But thanks for the heads up, that is most useful. To be honest, never really understood was Elasticsearch aside from something to do with the Incredibles