Hello there,
I initially deployed my seafile server without SSL enabled.

I then decided later that I would like to enable it by uncommenting the port 443 and setting seafile_server_letsencrypt to true.

When spinning up, I could see in the docker-compose logs that letsencrypt succeeded in creating an SSL certificate. Unfortunately though, I still can’t hit the server with https connections.

After entering the docker container, I could see that the nginx configuration was automatically generated when I first launched, and was not subsequently regenerated after me having enabled SSL. This would probably explain why it doesn’t appear to have anything to say listen on port 443. 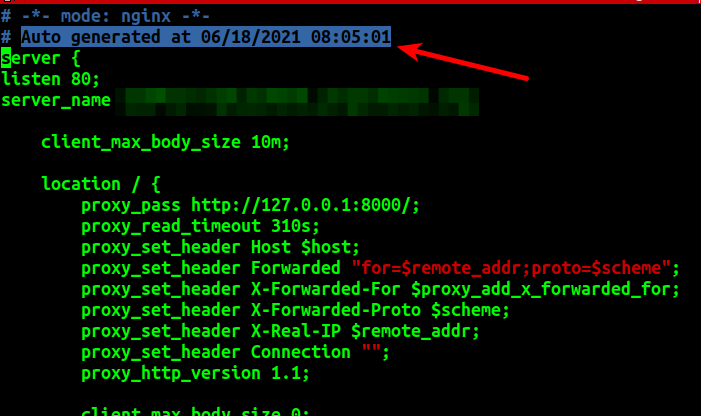 How do I manually trigger Seafile within docker to re-generate the appropriate nginx configuration so that it will be listening on port 443 with wherever it stuck the lets encrypt SSL certificates?

I hit this as well. I was able to regenerate the config with:

Then restart the container and it will regenerate the .conf file from your settings.

I tried your suggestion, and when I restarted docker, it recreated the conf file; however, there was not rules for port 443 still. I realized that I didnt set letsEncrypt to true, so I went back, change my yml file, restarted docker, and the seafile.nginx.conf was not recreated this time. It was not able to find it under /share/nginx/conf either… the file is gone

Configuration to get HTTPS (SSL) to work properly with Seafile docker behind Apache?